In 2009, a seemingly respectable man found himself struggling to convince his wife that a bachelor party in Las Vegas was worth his time. Strip clubs and smoky bars were juvenile and seedy, she argued, and patronizing either would tarnish his upstanding reputation.

Still, after some conversation and concessions, the couple agreed the man should go and support his soon-to-be married friend. Then, his ride arrived — it was Bradley Cooper, who issued this alert:

Then, once more for good measure: “Paging Dr. Faggot!”

The man sighed and conceded that it was time to leave. His wife agreed.

I was the last of my friends to see The Hangover after relentless insistence that it was a soon-to-be comedy classic, and remember being stunned by the moment. There was no context, no gay character for any frame of reference and no tether to any historic moment or event or era.

This was “faggot” for the sake of saying faggot, a slur for the sake of a slur and the adult male equivalent to striving for guffaws through fart jokes or poop humor. It was lazy, it was reckless and it was the launching pad for a movie that was critically acclaimed and ultimately nominated for Best Original Screenplay at the Writers Guild of America Awards (one critic observed it boasted it was “a veritable treasure trove of smart one-liners”).

I was a gay writer, barely 20, and will never forget the feeling of helpless incredulity, the sensation of shock at Hollywood’s eager endorsement of the film and the assault of the laughter around me. I sank into my seat until I was swallowed whole at my preferred theater in a New Hampshire suburb.

It just didn’t make sense. Hadn’t we stopped this type of trope in its tracks? Wasn’t it understood that such humor had no place in film, particularly when penned by straight men? Hadn’t we already burned our bras and taken to the streets?

It all amounted to a lesson I’d have to learn many times, and usually the hard way: money is more important than people to people, and gay jokes are gold-backed currency.

Forget what you know, forget what they told you and do away with the idea that it has gotten better by Dan Savage’s 2010 metric: homophobia is alive, well and unchecked by more of Hollywood than would dare stick out its neck to decry it. It is still as fresh as new car smell and remains as reliable as sunrise.

Let’s start here: It’s not just backwoods relatives or Westboro disciples or fundamentalist GOP hopefuls who author and perpetuate barefaced anti-gay rhetoric: homophobia is scribbled into screenplays, blasted over radio tunes and glued to Twitter feeds and Facebook pages. In 2018, it remains folded into most media, sometimes as insidiously as a split-second sound bite, other times, with language so brazen and stark it might as well include the footnote: “Enjoy your AIDS, queerburger!”

As recently as Thursday (August 23), just hours before this piece was published, entertainment proved its preferred reaction to troubling language is, still, to stay silent when celebrities malign queer communities — whether that’s explicitly, through coded language or otherwise. Nicki Minaj, who, herself, has been on a campaign to demand respect, sought to — without any recognition of hypocrisy — imply that men like Travis Scott and Scott’s manager are “cocksuckers.”

This was, of course, just a couple of days after Minaj released her latest LP, Queen, which includes the lyrics: “They see me say ‘Yippie’ now / home runnin’ like Griffey now / they switchin’ like sissies now / you n—– is iffy now.”

And that, of course, follows Minaj’s 2008 mixtape ”Dead Wrong,” which includes the verses, “First they love you / then they switch / yeah, they switch like f—— / that’s why I keep the llamas in Gabbana’s fabrics.”

And, as if a part of a coordinated effort, Kim Kardashian — just weeks ago — aimed to insult Tyson Beckford by implying that he was sexually disinterested in Kardashian because he was gay, as if subscription to such identity was ruinous. Worse, Kardashian defended herself with a particularly tired excuse: that her throngs of gay friends serve as steel-enforced proof that she’s not homophobic, and that she’s therefore exempt from having to answer to related accusations.

Maybe if you had actual gay “best friends” who liked you for more than your celebrity, they would be passionate about checking you for being anti-gay. But you don’t … So I wrote you a letter!

My latest for @Into. https://t.co/QYJyGDiEKp

As is frequently the case with Kardashian and the similarly unfeeling or shortsighted, it is more about avoiding the title of hateful than seeking to spare the injured of hate. Just look at Blake Shelton — he has a history of issuing starkly homophobic tweets, all collected by The Advocate (one says “Re-writing my fav Shania Twain song.. Any man that tries Touching my behind He’s gonna be a beaten, bleedin’, heaving kind of guy…” another reads: “Grown men who wear Chuck Taylor’s may as well write on their fore head ‘Cucumbers turn me on!!!’”). And when his cover was first blown, he, too, resorted to self-protection instead of contrition, noting: “Everybody knows comedy has been a major part of my career and it’s always been out there for anyone to see. That said anyone that knows me also knows I have no tolerance for hate of any kind or form.”

Except for when it’s likely to drive up those RTs, I guess.

But let’s not unfairly allow the onus to fall squarely on those three. Whether homophobia takes the shape of Jason Statham hurling slurs at his producing partner or Stephen Colbert noting “the only thing [Donald Trump’s] mouth is good for is being Vladimir Putin’s c–k holster” or Offset of Migos saying he doesn’t “vibe with queers” or Kim Burrell saying that god hates the sin in gay men and women or MTV casting homophobic Teen Mom features as far as the eye can see or Manny Pacquiao insisting the gay community is “worse than animals” or Tracy Morgan’s punchline that he’d stab his son if he admitted to being gay or Josh Hader succinctly observing “I hate gay people” or Hazel-E demanding God condemn gays to hell or Matt Damon advising gay actors to keep their homosexuality a secret — it is unstoppably transcendent. It is film, sport, music and art. It is humanity.

And that’s the critical bullet point: homophobia, and related dangers, aren’t exclusive to the Pulse massacre or schoolyard brawls or beat-you-to-a-pulp bullying. Much more pervasively — and even more dangerously — it’s the insidious remark made under someone’s breath, the uncontested generalization and the pop star or influencer who tells his or her millions of followers, implicitly (and with a tweet like Minaj’s) that anyone who falls under the rainbow umbrella is obliged to take cheap shots on the chin. By extension, those millions of followers interpret such speech as implicit permission to follow suit, or do worse, or perpetuate the message that intolerance-as-a-punchline is a socially acceptable and protected practice.

There seems to be an enduring misconception among non-queer people that any bare-bones gesture of humanity should serve as silencing placation to the gay community. Rupaul’s Drag Race is popular, so we must no longer face the risk of being murdered by machine guns in our bars; marriage has become legal, so ceremonies must no longer confront condemnation from demonstrative hate groups; Ellen still has her talk show, so we must have conquered the fear of being assaulted or spit at or shot on our walks home — sometimes by ourselves, hands unheld, lips unlocked — in broad daylight.

And the issue is not just that casual homophobia goes unaddressed, it’s that its perpetrators are often subsequently celebrated. Shelton has gone on to become a multiple-times-over Voice champion with No. 1 distinctions to spare and a title as People’s Sexiest Man Alive, Migos still enjoy blinding fame with relentless support from Cardi B and Minaj shamelessly accepted her Video Music Award for Best Hip-Hop Video on Monday (August 20) by excitedly announcing she planned to honor a particular man (it turned out to be Scott) with the award of “cocksucker of the day.” She looked elated to have the chance to say the word, and her fans spent the night singing her praises.

Queer actors and artists have spoken out about — and continue to rail against — what they say is the continued dispensation of hate language by the entertainment industry. Ellen Page detailed a disturbing remark made by Brett Ratner, who told a woman on set to “f— [Page] to make her realize she’s gay.” Olly Alexander of Years & Years told Billboard: “There is this very insidious casual homophobia that exists in the fabric of everything including the music industry…the amount of comments like ‘Oh, this is very gay’ or ‘This is going to turn some people off’ is a real problem.” But until non-queer actors, producers and executives stand in solidarity, and demonstrate that there are consequences for homophobia, then hate speech will remain a watermark of Hollywood, and strides made against its employment will be stopped in their tracks or canceled out.

Thankfully, we’ve also seen this week that artists like Kelly Clarkson and Ariana Grande reliably speak out against homophobia and celebrate queer youth.

I almost didn’t respond 2 this because hate doesn’t deserve a spotlight but u know what, truth does, & the truth is that God is Love, & Love shared between two people should be praised not condemned in my personal opinion. I love u 2 although we see the world/love differently. https://t.co/63KjhMrZVU

All this considered, it bears asking: Why is commitment to less inflammatory language such a point of contention? If you’re a writer, why can’t you be more clever? If you’re a singer, can’t you tell your story differently? If you’re in a position of influence, why is your reflex or instinct to make art that amounts to firearms aimed at its observers, especially when those observers are paying customers?

It shouldn’t be so difficult, and Hollywood needs to start holding casual homophobes more accountable — there is no more wiggle room. We made a lot of jokes about Hilary Duff‘s 2008 inclusion in the “Think Before You Speak” campaign, but really, mitigating pain and trauma is — in some cases — as simple as this: Knock it off.

LGBTQ Celebrities Who Came Out in 2018 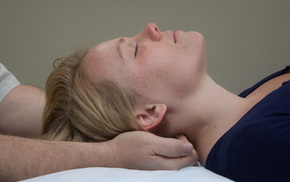 It appears that you already have an account created within our VIP network of sites on . To keep your personal information safe, we need to verify that it's really you. To activate your account, please confirm your password. When you have confirmed your password, you will be able to log in through Facebook on both sites.

It appears that you already have an account on this site associated with . To connect your existing account just click on the account activation button below. You will maintain your existing VIP profile. After you do this, you will be able to always log in to http://alternativemissoula.com using your original account information.

Please fill out the information below to help us provide you a better experience.